Institute of Philosophy, Sociology and Journalism, University of Gdańsk
The Institute for the Study of Human Flourishing, The University of Oklahoma
invites you to
an International Conference:

Contemporary virtue ethics is one of the most influential approaches to ethics. Its main focus is the growth of moral agents by developing their moral character. Moral character consists in various stable, acquired cognitive-affective dispositions to morally good acting. In philosophy such dispositions are labeled as virtues.

Lately virtue ethics has undergone a very difficult test: its psychological foundations were questioned. Situationists who are ethicists inspired by certain research results in experimental psychology, suggest that there is no such thing that could be called moral character. In their view, it is not character but numerous situational factors that decisively influence our behavior. It seems, however, that the situationist debate has not undermined virtue ethics but, on the contrary, has made virtue ethics stronger. During the debate, empirical data have been shown to confirm the fundamental assumptions made within virtue ethics.

Now we want to take a step further. We want to ask about the importance of moral education. Here are the questions we want to raise: How should moral character, not only that of children but also of adults, be shaped? How should we develop valuable features of character within ourselves and in others? How should we influence the change of moral convictions, and make people want to become more benevolent to each other, more honest and helpful? How should we evoke motivation to constantly keep working on our own character?

We would also like to discuss the issue of the most valuable methods in moral education that would influence not only behavior but also affective and cognitive processes. Such discussion would include reflection over directive and nondirective methods of education, their strong and weak sides. It would encompass discussing the role and place of moral exemplars (moral saints, heroes, and sages), as well as the role and place of the method of value clarification and education through moral dilemmas.

We invite all the persons interested in the issues of moral education and the development of moral character to send their declarations of participation and abstracts. 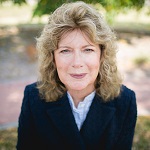 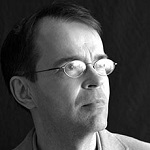 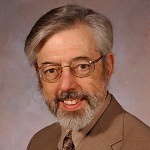